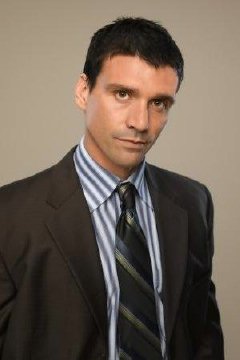 Nick begun to work for Project Justice at some point in his life.

Nick graduated from Duke University and Columbia Law School with a Juris Doctor and turned down offers from many large firms in New York City to work for Project Justice, an organization that frees wrongly convicted people. During his time there, he freed thirteen clients, five of whom had the death penalty.

After witnessing his superior's refusal to help Veronica Donovan at Project Justice, Nick approaches Veronica on the street and offers his help. He reviews Lincoln's case and both he and Veronica set off to find evidence to support Lincoln's innocence. They discover that the security tape of Lincoln shooting was fake but when they go to find the original copy of the video tape, it was already damaged.

In a subsequent episode, "Riots, Drills and the Devil", they are threatened via a public phone call in Washington, D.C. when they find the old offices of Ecofield, Terrence Steadman's company. This is followed by an explosion in Veronica's apartment but the two escape to Nick's father's cabin in New Glarus, Wisconsin. L. J. later joins them after he was also targeted by Agents Paul Kellerman and Daniel Hale. In episode "And Then There Were 7", Nick, Veronica and L. J. narrowly escape from "The Company" agent Quinn. Nick was rushed to hospital with a gunshot wound. After he recovers, Nick and Veronica go back to the court for one last time to appeal for Lincoln on the day of his execution. They lose the appeal but fortuitously, an anonymous man gives the judge new evidence that allowed him to stay the execution.

This renews their hope for exonerating Lincoln, prompting them to have a medical examiner investigate Terrence Steadman's body in episode "By the Skin and the Teeth". However, the dental records of the corpse match those of Terrence Steadman's past records. In "J-Cat", Nick, Veronica and L.J. return to New Glarus to visit the dead Quinn, where they obtain his cell phone. As Nick looks for a phone charger in a shop, he is met by a man who reminds him of their deal.

It is revealed in The Key that Nick had another motive for working with Veronica; he had struck a deal with John Abruzzi that in exchange for his father's freedom, he would keep watch on Veronica and ultimately deliver Veronica at Abruzzi's request. When he is asked to bring Veronica with him to a landing strip in episode "Tonight", Nick is conflicted with Veronica and his father's safety. Ultimately in the next episode "Go", Nick apologizes and tells Veronica to get to Blackfoot, Montana to find Steadman. Empty-handed, Nick goes to his apartment to meet his father, where he witnesses his father being shot by one of Abruzzi's henchmen. Nick refuses to tell the henchman where Veronica is and as a result is killed.

Lincoln used the name Nick Savrinn to call LJ and let him know that he and Michael were coming for him. Later, Mahone told LJ that Nick Savrinn was found dead in his apartment prior to the call with LJ.

Retrieved from "https://prisonbreak.fandom.com/wiki/Nick_Savrinn?oldid=55526"
Community content is available under CC-BY-SA unless otherwise noted.