View source
watch 01:36
We're Getting Mutants in the MCU - The Loop
Do you like this video?
Play Sound

Season 1 contains a total of 22 episodes which were originally broadcast in the United States from August 29, 2005 to May 15, 2006. The plot revolves around the plan of Michael Scofield to break his brother, Lincoln Burrows, out of prison. It covers approximately six weeks of the characters' lives (from April 11th to May 27th) - the entire length of Michael's stay at Fox River State Penitentiary. An average of 9.2 million viewers was recorded for the season. 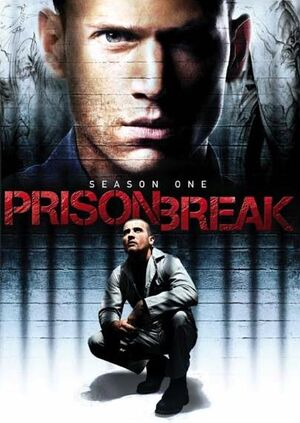 Lincoln Burrows (Dominic Purcell) is accused of the murder of Terrence Steadman, who is the brother of the female Vice President of the United States. With strong evidence supporting the charges of first degree murder and aggravated discharge of a firearm against him, Lincoln is sentenced to death and is sent to Fox River State Penitentiary to await his execution. Lincoln's brother, Michael Scofield (Wentworth Miller), is convinced of Lincoln's innocence and hatches an escape plan. After installing himself at Fox River, time works against Michael as he must overcome various obstacles and make the right connections among the inmates and prison staff to be successful in breaking out his brother.The Brothers are aided by Veronica Donovan (Robin Tunney), who begins to investigate the conspiracy that put Lincoln in jail. However, they are hindered by covert agents, who belong to an organization known as "The Company". As the season goes on Michael is successful in recruiting other inmates into his escape plan. When the season comes to and end The Brothers and the other inmates break out of Fox River.