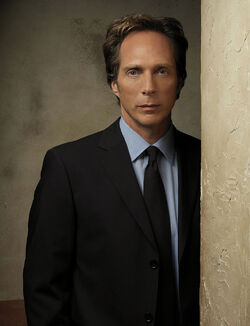 William Fichtner was born in Mitchel Air Force Base[2] on Long Island, and was raised in Cheektowaga, New York, and graduated from Maryvale High School in 1974.

William Fichtner married Betsy Aidem (an actress; divorced, 1996); and married Kymberly Kalil (an actress), July 25, and has a child.

Retrieved from "https://prisonbreak.fandom.com/wiki/William_Fichtner?oldid=48422"
Community content is available under CC-BY-SA unless otherwise noted.